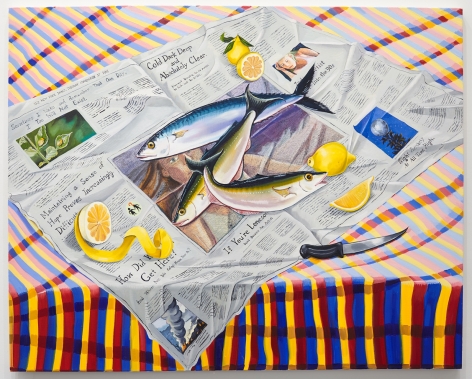 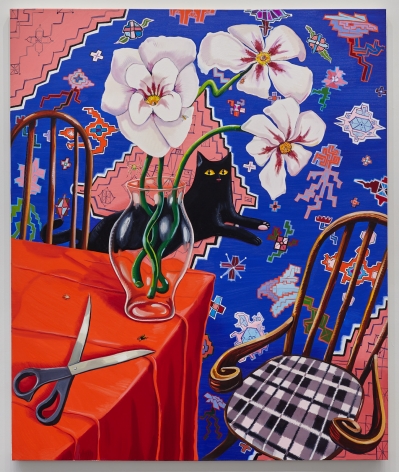 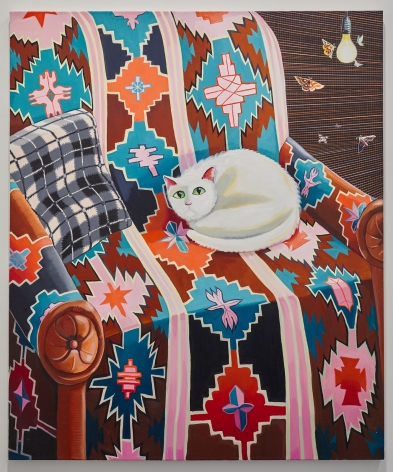 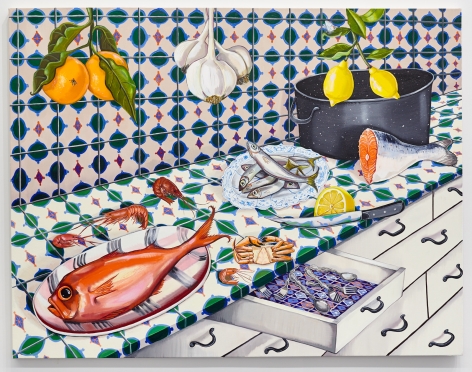 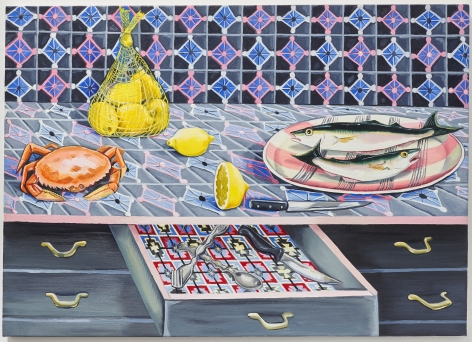 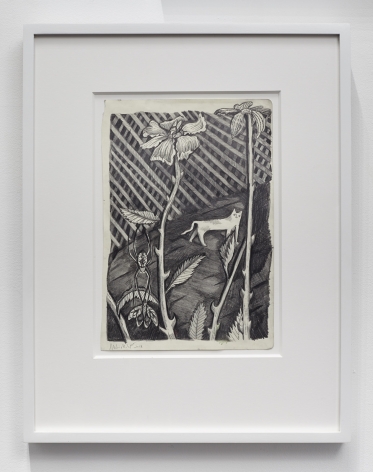 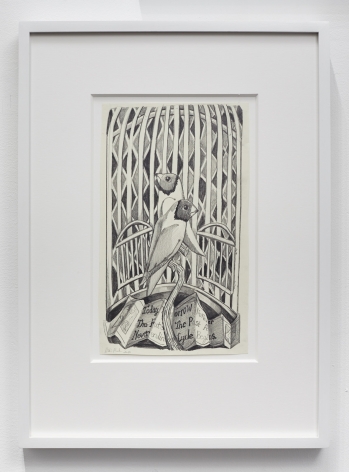 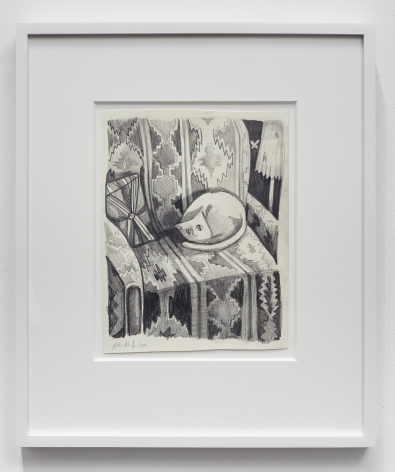 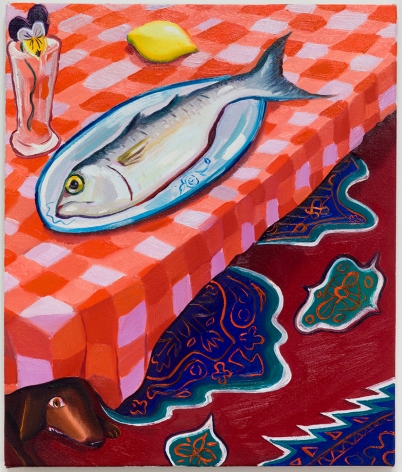 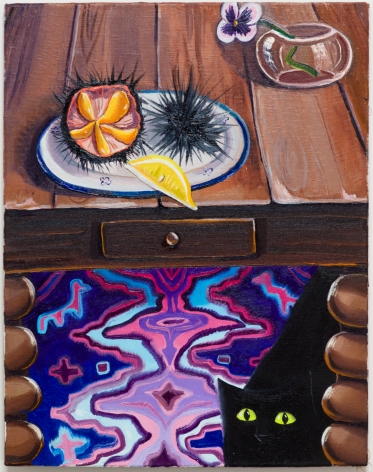 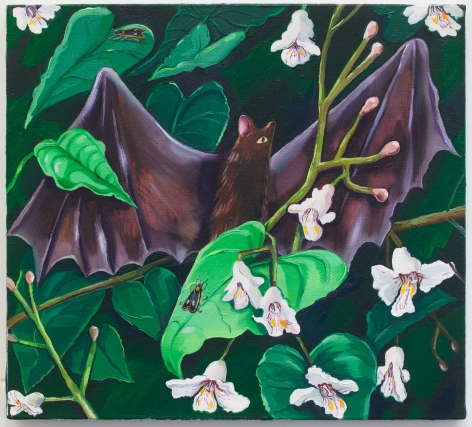 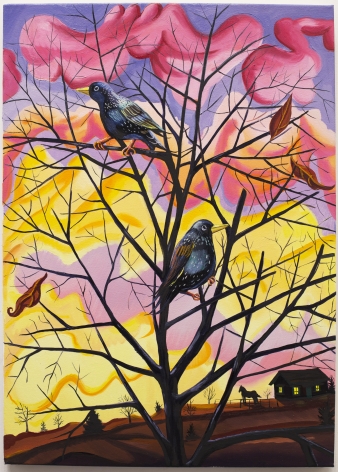 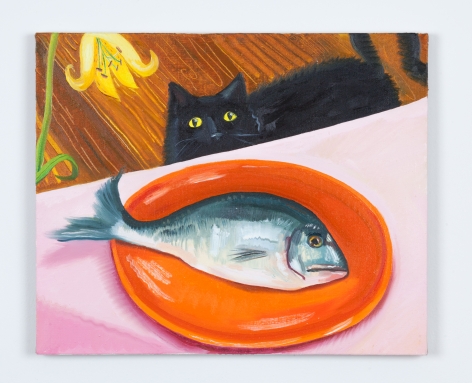 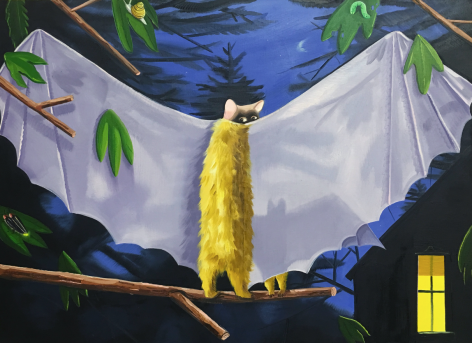 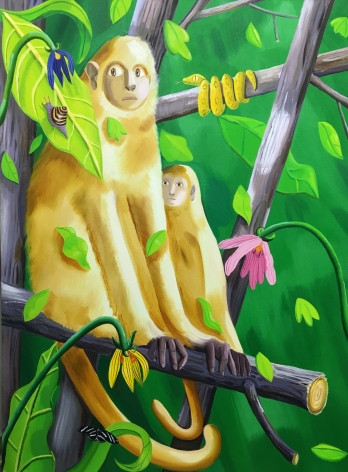 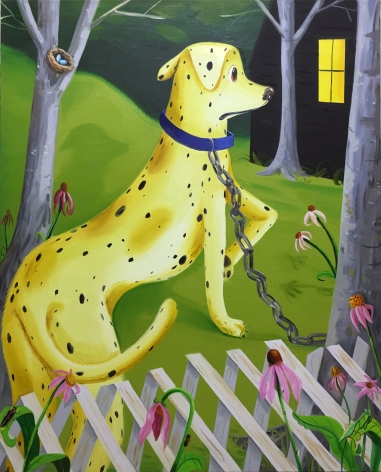 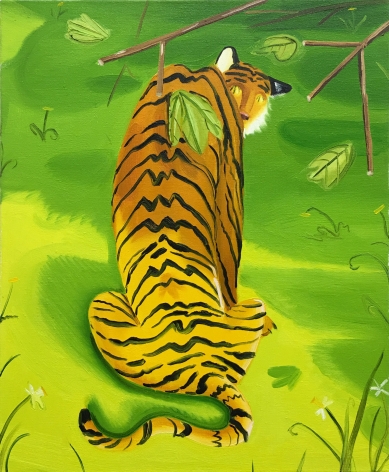 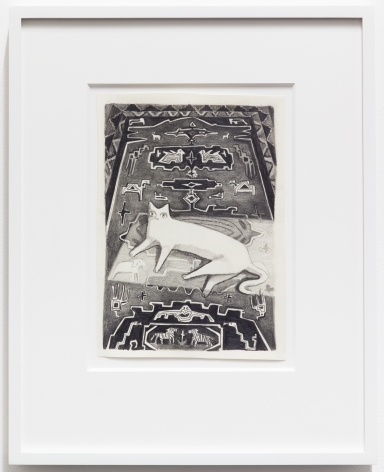 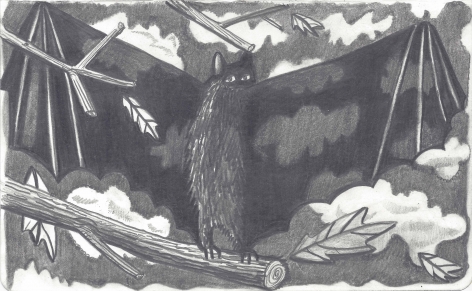 Nikki Maloof, (b.1985, Peoria, IL) lives and works in South Hadely, MA. Jungle animals and exotic vegetation appear frequently in Maloof's drawings, paintings and collages. Often surrounded by luminous tropical hues, tigers, monkeys and bats can seem either benign or sinister, reticent or theatrical, and adopt an anthropomorphic quality that discloses a sense of the artist's compassion for her subject matter. In other works, the same lightness of hand with paint, color and line, hints at the somber and dejected aspects of the domestic and quotidian - drooping flowers, in a vase or overcome by rain, and the view, from a distance, of the warmly lit interiors of people's homes through window panes. Maloof's works tend toward the familiar yet maintain a level of un-specifiable strangeness that produces their emotive quality.

Recent exhibitions include the artist's solo exhibition After Midnight at Jack Hanley Gallery and the group exhibitions 30th Anniversary Exhibition at Jack Hanley Gallery, Drawing Island at The Journal Gallery, Brooklyn, Horror Vacui, or The Annihilation of Space at Misako and Rosen, Tokyo, A Forest on the Edge of Time at The Pit, Los Angeles, The Great Figure Two at The Journal Gallery, Brooklyn, Imagine at Brand New Gallery, Milan, Let's Get Figurative at Nicelle Beauchene Gallery, New York, Tiger Tiger at Salon 94, New York, Undertonk and Friends at Undertonk, New York, Please Excuse Our Appearance at 247365, New York, and Immediate Female at Judith Charles Gallery, New York. The artist has received several awards, most recently the Helen W. Winternitz Award in Painting and Printmaking and the Gloucester Landscape Prize.