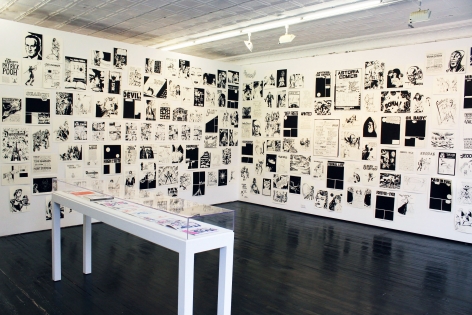 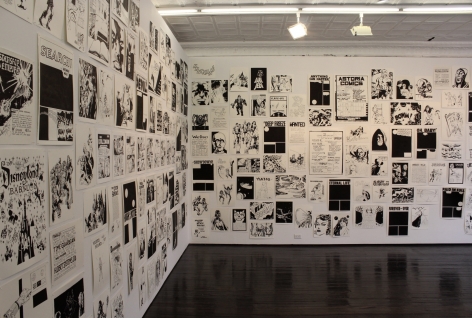 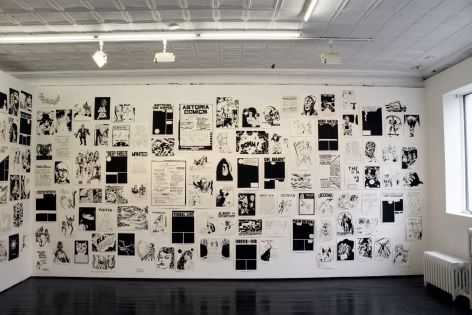 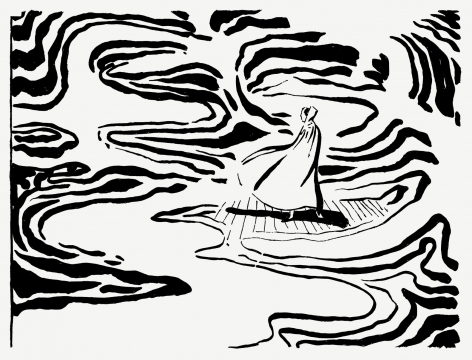 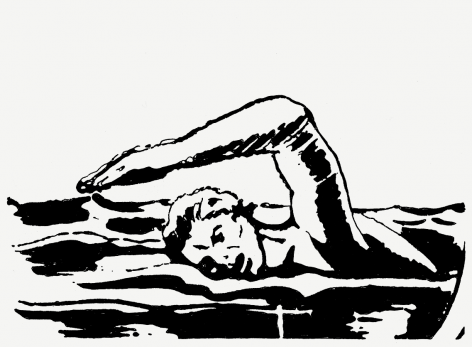 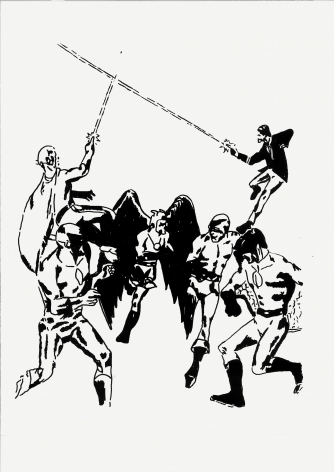 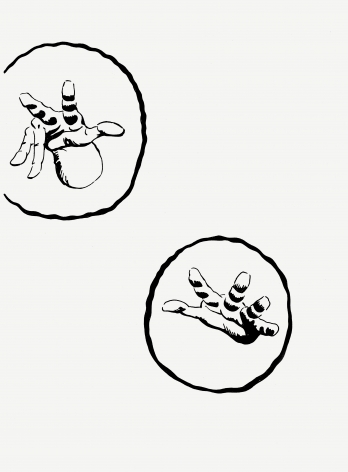 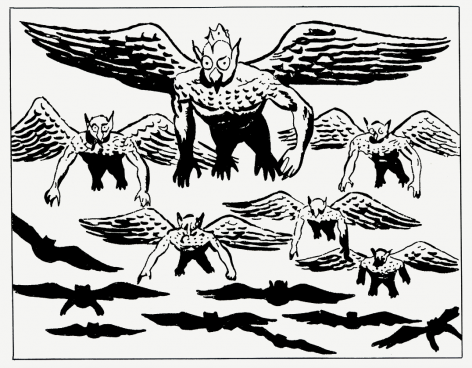 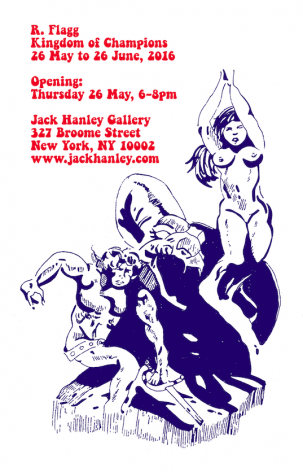 Jack Hanley Gallery is excited to present Kingdom of Champions comprising of over two hundred black and white drawings by R. Flagg that are clearly indebted to a legacy of comic books, science fiction and the pulp fiction publications of the 1950s. Replete with references from the collective conscious of popular culture - Wonder Woman and Star Wars characters, Disneyland and Batman, among others  - as well as familiar stylized visual and textual tropes, Kingdom of Champions acts like a compendium of this sub-section of visual culture, charged with the fervor of an ardent fan.

R. Flagg’s drawings have previously been presented in the form of a zine or book and Kingdom of Champions marks their first solo exhibition in a gallery space. This allows the particular archival quality of the original drawings - made using conservation-grade acrylic marker on heavy, hot-pressed watercolor paper - that might otherwise be viewed only in their printed state, to be fully appreciated. The abundance of drawings that overtake the space of the gallery (there are nearly 250 in total) are united by their common graphic nature and monochrome palette, despite varying styles within this. They contain a cast of clichéd characters: the hunky superhero, the suave and gritty detective and the archetypal fifties housewife as well as the retro, kitschy text effects ‘WAHOOM’ and ‘KRAK’ and ‘WAAM’ that defined a particular brand of early twentieth century crime caper.

Alongside well-known movie and TV characters Flagg creates posters - often witty and satirical in tone - for movies and characters the artist has concocted, interspersing his own fictional worlds with well-known fantasy realms. He also makes reference to real-life figures, integral to the subcultural histories in which much of his subject matter may be situated, such as the late underground cartoonist Rory Hayes who here is cast as the director of invented features and editor of fictional publications. Much like the work of the late science fiction and fantasy artist, Frank Frazetta, who worked across comics, book covers and posters among other media, and is a noted influence on the artist, some of the drawings contain whole stories. Others however rely primarily on text and others still evidence the artist’s sheer skill at depicting the figures and faces of this particular graphic style.

R. Flagg's work considers the history of fandom, which is an organised subculture of communities that deeply interact around certain genres of popular culture. He is particularly interested in the artwork produced by fandom communities in the 20th century that originally appeared in printed publications.
R. Flagg's ongoing research from his personal collection of over 40,000 items particularly focuses on the fandom surrounding comic books, pulp magazines, fantasy and science fiction novels, and role playing games from the 1930s-1980s. He often makes recreations of artworks that originally appeared in printed publications from the last century, many of which were made by amateur and anonymous artists who were never credited at the time and are now forgotten.
R. Flagg is also interested in indexes and archives of popular culture that were created by fan communities in the 20th century. Whilst online databases exist today for every conceivable topic, these older indexes that predated the Internet were painstakingly and obsessively created through extensive research and released in cheaply made, small print-runs and distributed to, shared and exchanged with other like-minded fans.
R. Flagg sees the fandom and fan culture that existed in the 1930s-1980s as being the precursor of blogs and social networks that flourish online today - which is the formation of communities and networks based around shared interests
R. Flagg in Paper, May 25, 2016
Press Release